Conrad Black: Controversy Over the Nomination of Heather Zordel as New Non-Executive Chair at the OSC 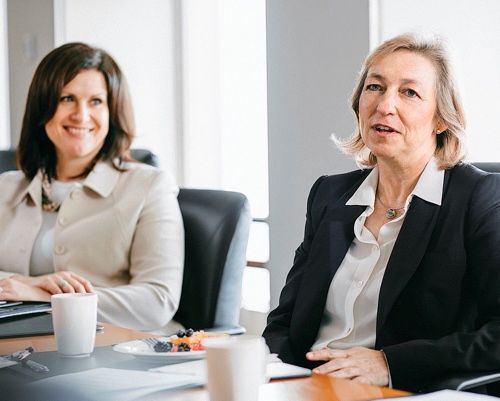 There have been some recent absurd and disquieting events at the OSC.  The current controversy over the nomination of a new non-executive chair of the OSC’s board of directors, Heather Zordel. She seems to represent the premier’s admirable desire to assist in capital formation and encumber the lives of honest people in that pursuit as little as possible.

It conforms to the government’s much-needed five-point plan to revive confidence in Canada’s principal capital market. Zordel has a very extensive background in related activities, including serving as part-time securities commissioner at the OSC, in which capacity she wrote two extremely well-reasoned and well-written dissenting opinions on matters that she believed to be over-regulation.

See:  Ontario moving ahead with expanded mandate for OSC

Because her appointment seemed to indicate the beginning of a slight retreat in the authoritarian intrusiveness of the commission, there was the customary escalating bureaucratic recourse to malicious leaks to the media, principally the Globe and Mail, unattributed defamatory comments about the new chair-designate and inter-office backbiting at the OSC itself. These are routine improprieties when an imperious bureaucracy is ruffled.

The securities establishment, both the regulators and the securities bar, have confected the self-serving piety that a memorandum of understanding from the Ford government in 2019 effectively conferred complete autonomy on the OSC, which would henceforth self-select its commissioners. This has been deemed to be necessary to preserve the ”integrity” of the OSC, by which, of course, is meant the unanswerable omnipotence of the self-selected commissioners in their untouchable sinecures.

Zordel has been smeared, two commissioners have resigned in protest over her appointment (though one of the resignations seems to have been as much a righteous smokescreen for an unrelated issue).

Various self-interested securities lawyers have insinuated themselves into the media, uttering unctuous claptrap about how the investing public will be dis-served and under-protected if the provincial government exercises its right and duty to name the commission’s chair, especially when the person designated has twice had the effrontery to dissent, very articulately, from regulatory overreaching.

My normally very sensible friend Ed Waitzer, a former OSC chairman, made the mistake of getting into an exchange in this newspaper with Prof. Jeffrey MacIntosh, in which Ed unsuccessfully peddled the bunk that the Zordel appointment would dilute the integrity of the commission. It doesn’t, and the OSC doesn’t have enough integrity to fill a thimble anyway. Zordel may give it some.

If this imaginative and insightful appointment is, as it appears, a foretaste of the Ford government’s intention to trim the bloat and arrogance of the OSC, all of us who are concerned by the flight of capital from Canada have something to celebrate.