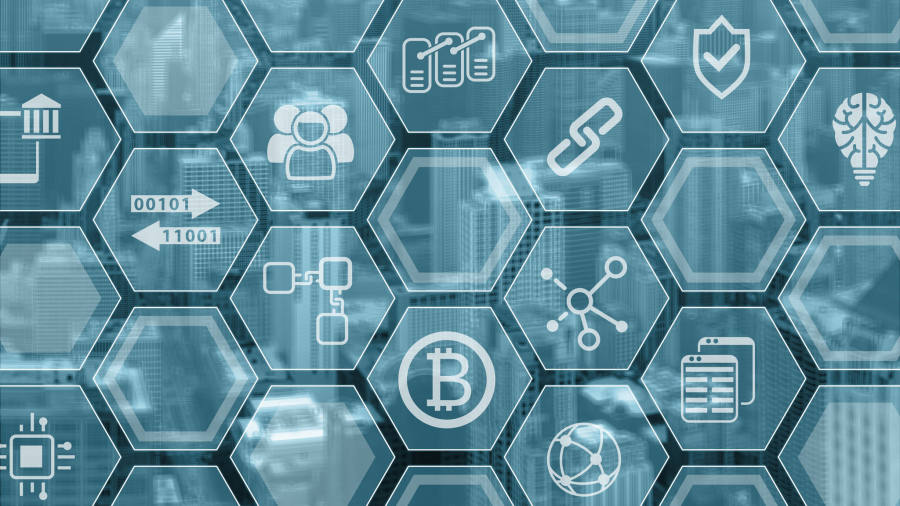 Earlier this year, San Francisco start-up Compound promised yield-hungry investors something rarely seen in the US: interest rates that exceeded 10 per cent at times, just for moving money on to its app’s lending platform.

Compound is not a bank, in the familiar sense. Rather, it is one of dozens of new Silicon Valley groups developing so-called decentralised finance — or “DeFi” — projects aiming to disintermediate traditional financial institutions.

To date, digital currencies and their underlying blockchain technologies have largely been used for speculative trading. But DeFi start-ups are trying to build an interlocking financial system denominated in cryptocurrencies, offering a wide array of lending and derivatives products available globally, peer-to-peer and without any middlemen.

The movement has gathered steam in 2019, with investment from mainstream investors such as Andreessen Horowitz and Bain Capital Ventures. Even former UK chancellor George Osborne has shown support as a partner at his brother Theo Osborne’s venture capital group 9Yards Capital, which backs several DeFi start-ups.

“2019 will be known as the year of DeFi for crypto,” said Monica Desai, an investor at the venture capital firm Kleiner Perkins. “Some of the best talent in the space right now is in DeFi. And because they’re seeing usage, more people are building there.”

But DeFi is still nascent, freewheeling and largely unregulated. Most companies have only debuted their initial products in the past year, and total assets have yet to exceed $1bn. Meanwhile, critics warn that the sector’s technological limitations and untested economics may not work when handling larger transaction volumes.

“[DeFi] is a sign of things to come and a super interesting sandbox,” said Simon Taylor, a former Barclays vice-president and co-founder at financial technology consultancy 11:FS. “[But] it’s both very dangerous and the Wild West.”

DeFi first gained traction in late 2018 as an umbrella term for a loose collection of blockchain projects focused on eradicating any human involvement from financial services. For proponents, this promises a faster, more inclusive and transparent financial system.

The movement encompasses “decentralised” exchanges and lending platforms, for example. Here there is no reliance on a central intermediary to hold funds — instead, trades and loans occur directly between participants through automated processes.

The applications operate on blockchains, the immutable public ledgers that record transactions in cryptocurrencies such as bitcoin. Most are built on the Ethereum blockchain because it can be used to create smart contracts — essentially computer code that is automatically triggered when certain conditions are met. Ether, the related currency, is the second largest cryptocurrency by market capitalisation behind bitcoin, trading at about $130.

But several other protocols, such as Tezos, Algorand and Dfinity, are also developing with a view to support DeFi applications.

Who are the key players?

While the amount of money locked in DeFi products is relatively small — about $700m, according to data compiled by DeFi Pulse — it has nearly tripled this year, with outsize yields and a wave of new initiatives helping to propel growth.

DeFi Prime, a website tracking the sector, counts more than 200 related projects offering everything from prediction markets to margin trading.

The most popular applications have focused on peer-to-peer lending markets underpinned by stablecoins, cryptocurrencies that are largely pegged to fiat currencies such as the US dollar.

In the case of Compound, the largest of the lending platforms, stablecoin holders supply their assets to a “liquidity pool” from which borrowers can pull. Compound’s algorithm, or “protocol”, automatically sets interest rates based on supply and demand.

The transactions occur continuously, so lenders earn frequent but fluctuating interest. For their part, borrowers must pledge more collateral, in the form of other cryptoassets, than the value of their loan, providing extra protection to the system in case of default. Compound says it has more than $120m earning interest on its app.

Maker DAO, which is responsible for the Dai stablecoin, is another well-known project. Billed as “the world’s first unbiased currency”, users obtain Dai by opening a so-called collateralised debt position with Maker, which provides the tokens as a form of debt backed by Ether and a growing list of other cryptocurrencies.

Dai holders have locked nearly $350m in Maker’s protocol, according to DeFi Pulse, more than any other similar application, although the project has been plagued by infighting.

How lucrative is it?

Like other speculative ventures, DeFi start-ups have focused on building their technologies and user bases rather than profitability. This means low fees, together with chunky yields, have proven a draw to the space for users.

“What is happening more and more in DeFi is not wild speculation but saving dollars with handsome return and relatively limited risk,” said Brendan Forster, chief operating officer of Dharma, which acts as a digital bank depositing user assets on the Compound protocol.

But this could change in future.

Dharma does not charge anything to users, though Mr Forster said the company would probably introduce fees next year.

Compound collects upward of 10 per cent of the interest charged to borrowers on its application, which it sets aside as reserves.

Some worry that diminishing interest rates — as more users flood the space — may not sufficiently compensate investors for the risks of the platform.

“One of the big questions that hangs over DeFi is the sustainability of the economic returns for participants lending your crypto,” said Garrick Hileman, an academic and head of research at Blockchain.com, a cryptocurrency wallet company.

How likely is it to revolutionise finance?

It is too early to tell, though early adopters are predictably bullish on DeFi’s long-term prospects.

“In 50 years, I can’t see us still relying on trusted intermediaries to do settlement of [foreign exchange] transactions,” Mr Forster said. “It doesn’t make sense . . . Why use humans when we have code that can do it perfectly?”

But even some advocates acknowledge DeFi is highly experimental and exists in a regulatory grey zone.

“It’s not ready for mainstream use and it’s not ready for human consumption . . . This early phase is really for researchers, professionals, very sophisticated speculators,” said Mr Leshner, adding that he believed DeFi would become a mainstream technology over the next decade.

There are also practical barriers to widespread adoption. Ms Desai noted that users must first purchase existing cryptocurrencies such as Ether to access DeFi products, adding that the “tax regimes are confusing”.

And as with elsewhere in the cryptocurrency sphere, there are risks of scams.

“This in some ways has echoes of the peer-to-peer lending space [and] there’s some challenges in that space that might be instructive,” said Mr Hileman, pointing to the Chinese P2P lending industry crisis, where a spate of fraud and negligence cases has shocked investors in recent years.

“In 2020, it will still be ill-defined and overhyped,” said Tim Swanson, director of research at Post Oak Labs. “Regulators will increasingly learn about how in many case DeFi is often basically non-compliant . . . with anti-money laundering and know your customer rules.”

Some have also pointed to systemic risks. The initiatives all rely on the protocol that they are built on, such as Ethereum, which has faced early stumbles as it begins to handle larger transaction volumes. They are also tied to the cryptocurrencies that fuel those protocols — which remain vulnerable to price swings.

“You need to solve the underlying technology problems that protocols have so that people can safely deploy those decentralised applications,” said Steve Kokinos, chief executive of smart contract protocol Algorand.

Meanwhile, DeFi’s economics have not been tested at scale. And without human intermediaries overseeing transaction settlement, users must fully trust the software, meaning any glitches could fully upend the system.

“What excites me is where we could be if most products could be built without requiring the paper [and] expensive legacy tech banks do,” said Mr Taylor at 11:FS. “Anyone could build financial products. It doesn’t mean anyone should.”