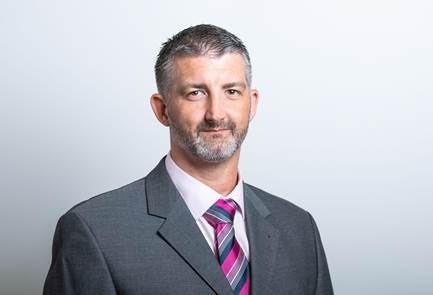 Earl Shilton Building Society has added a business development manager and a senior mortgage underwriter to its team at the Leicestershire head office.

The mutual says its new business development manager Shane Dye brings “a wealth of industry experience” to the business having worked in financial services for more than two decades.

He joins from Coventry Building Society where he worked for eight-and-a-half years in a variety of roles leaving as telephone business development manager team manager last month.

Dye previously worked at Lloyds TSB for 14-and-a-half years, again, in a variety of roles leaving as a financial advisor in March 2013.

He says: “Since Earl Shilton is able to consider modern methods of construction and is committed to first-time, professional and self-employed buyers, not forgetting those looking to borrow in later life, there is a huge amount I can help brokers with.”

Prior to that, he worked as a completions clerk for Cocks Lloyd Solicitors for just under a year, before leaving in July 2019.

Cufflin says: “I really like the personal aspect of a building society. Being a smaller society, I feel we can really make a difference to our customers.”

Earlier this month, the mutual appointed Alex Robinson as its chair.

He replaces Martin Rice who retires after five decades in the financial services industry, which was capped by him joining the lender in 2013 as a non-executive director and becoming chair a year later.

Robinson first joined the building society in 2020 as chair of the nominations committee and as a member of the audit committee and the remuneration committee. He had previously spent just over 10 years at Skipton Building Society, leaving as commercial director in 2019.