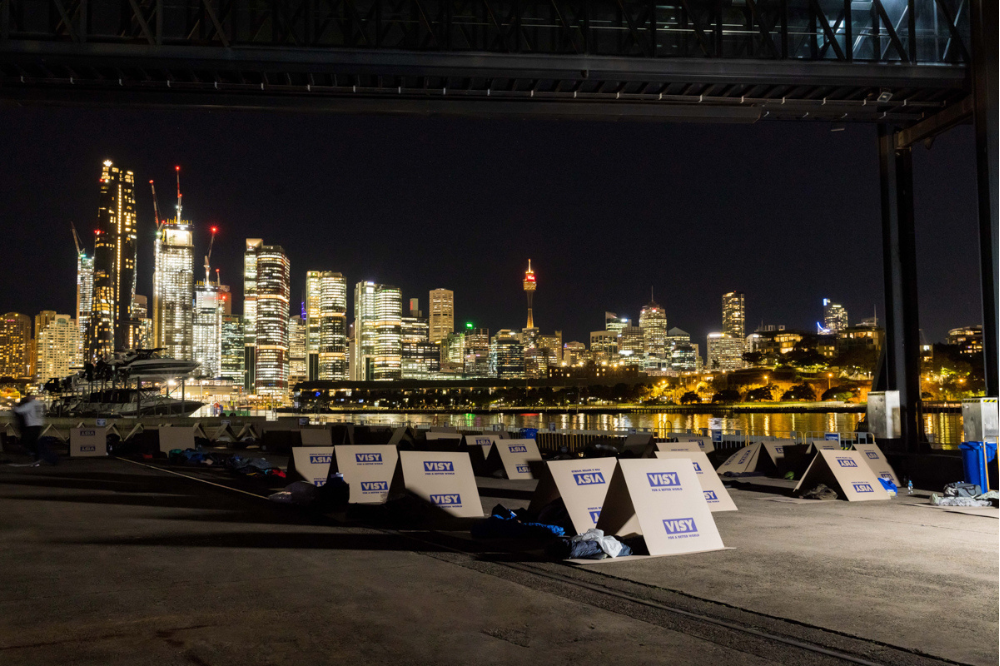 Mortgage industry leaders have helped raise more than $9.4 million so far, by taking part in the 2022 Vinnies CEO Sleepout.

On June 23, CEOs across the country, including a number from financial services companies, faced the cold for one night to highlight Vinnies’ efforts to overcome  homelessness and poverty in Australia. Last year, the Vinnies CEO Sleepout raised more than $9.3 million.

The annual one-night event involves business and community leaders sleeping without shelter on one of the longest nights of the year with the aim of raising funds and changing the lives of Australians experiencing homelessness.

Pepper Money CEO Mario Rehayem (pictured immediately below) and chief financial officer Therese McGrath gave up their beds for the night, sleeping out at White Bay Cruise Terminal in Sydney to support Vinnies and more than 116,000 Australians who do not have a safe and secure place to live. 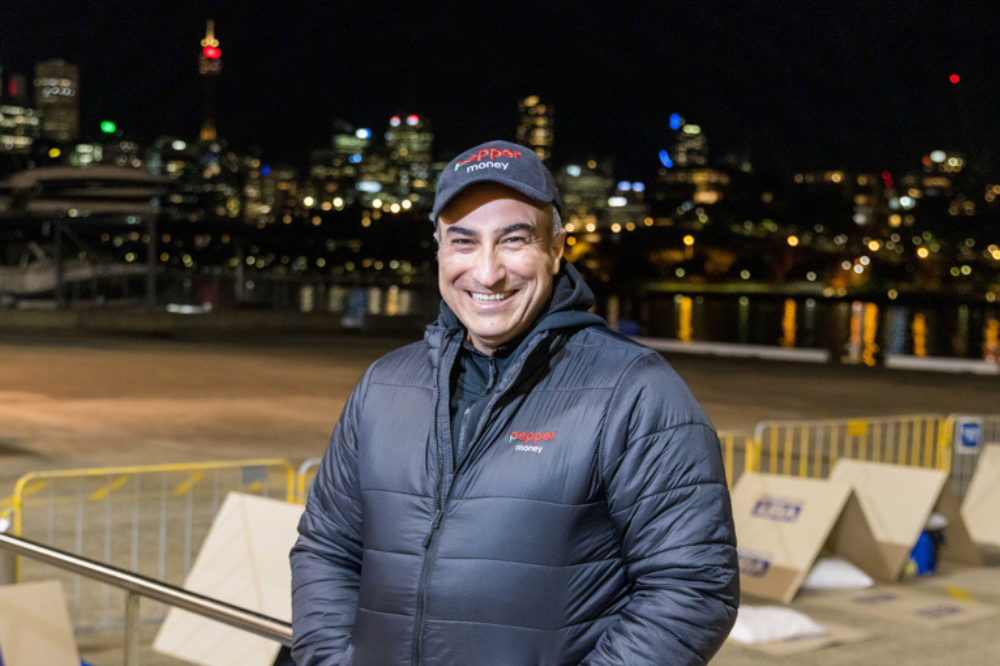 The Pepper Money executives collectively raised over $40,000 to provide food, accommodation and essential services to people experiencing homelessness every day.

Rehayem is currently ranked 54th on the CEO Sleepout fundraising leader board and was recognised as one of its “Deep Sleeper” club members (for raising over $20,000).

“With the temperature dropping throughout the night, I was reminded how fortunate most of us are having a warm bed to sleep in every night,” Rehayem said.

“Many of us take for granted a roof over our head or a home cooked meal at the end of the day. However, for some people that aren’t as fortunate, we wanted to lend a hand at raising awareness and some money to make it a little bit easier for those that experience homelessness every day.”

Rehayem said with his team behind him and being alongside other leaders in business, community and government, he was humbled by the outpouring of support to raise awareness and highlight the realities of homelessness.

“On behalf of the Pepper Money team, Therese and myself, I would like to thank all our generous sponsors – big or small – we are incredibly grateful to all that have helped us made a difference,” he said.

McGrath (pictured immediately below) said taking part in the experience was rewarding and the meaningful conversations she had with people from all walks of life who had experienced and overcome homelessness left a mark on her. 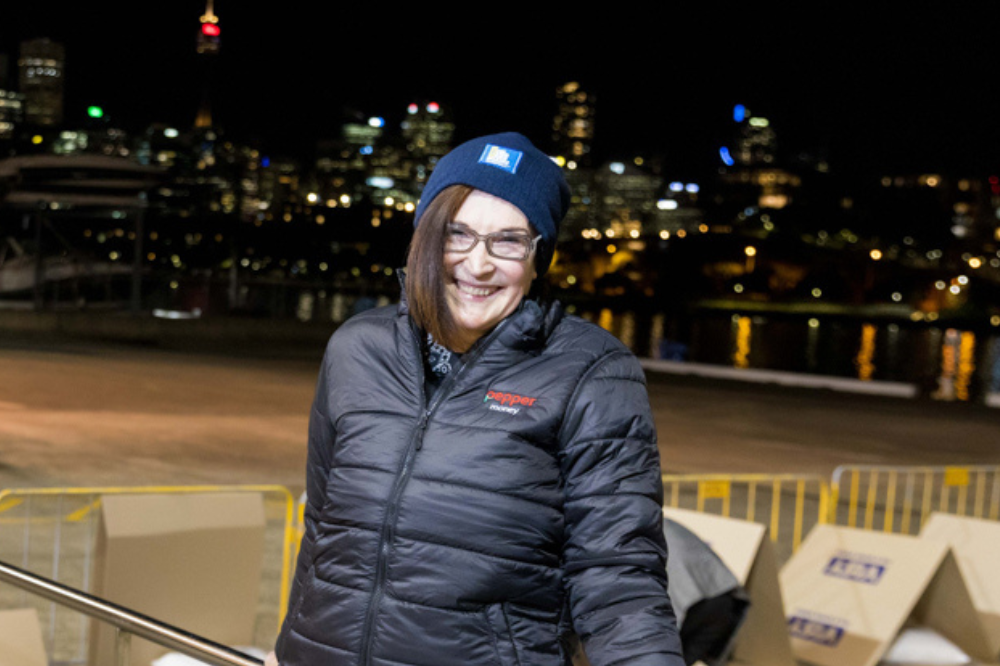 “We met a young woman who experienced homelessness following domestic violence, through to a retired couple who were living on the pension and struggling to make ends meet,” McGrath said.

“It made us realise that this is an issue that can impact anyone and more needs to be done to step in.”

McGrath said on a personal note, she would like to thank all of Pepper Money’s sponsors.

“Each contribution will go towards vitally important services such as individual support programs, beds and meals for people in our community who need it most,” she said.

Simplicity Loans and Advisory executive director – lending Jean-Pierre Gortan (pictured immediately below) has raised almost $35,000 for Vinnies and is currently placed 29th in the overall CEO Sleepout fundraising leader board. It was Gortan’s fourth CEO Sleepout. 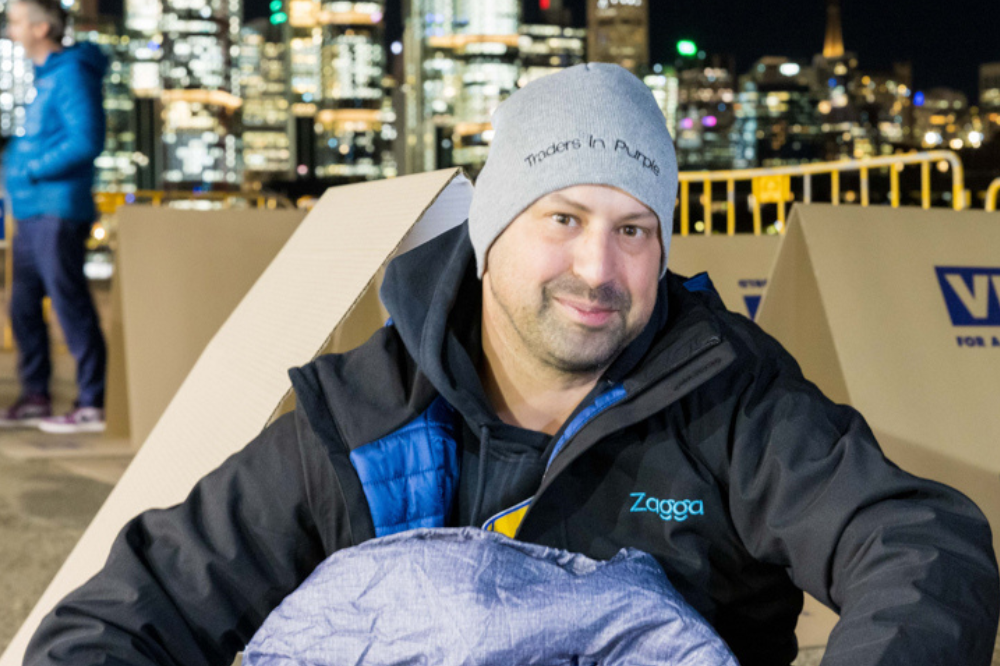 The director said the highlight for him in this year’s event was being called on stage by St Vincent de Paul’s CEO Jack De Groot as part of the Deep Sleeper club.

“The club is a recognition of those CEOs who were able to raise more than $20,000 for Sleepout,” Gortan said.

“I was extremely proud of getting myself into this elite group which only approximately 70 CEOs out of 1,390 were able to make it into.”

Gortan created a concept where he sold “advertising space” on the clothes he wore on the night and approached finance businesses to donate for the cause.

Companies such as Bendigo Bank, Judo Bank, National Finance Brokers Day and Marketplace Finance were amongst the list of contributors. 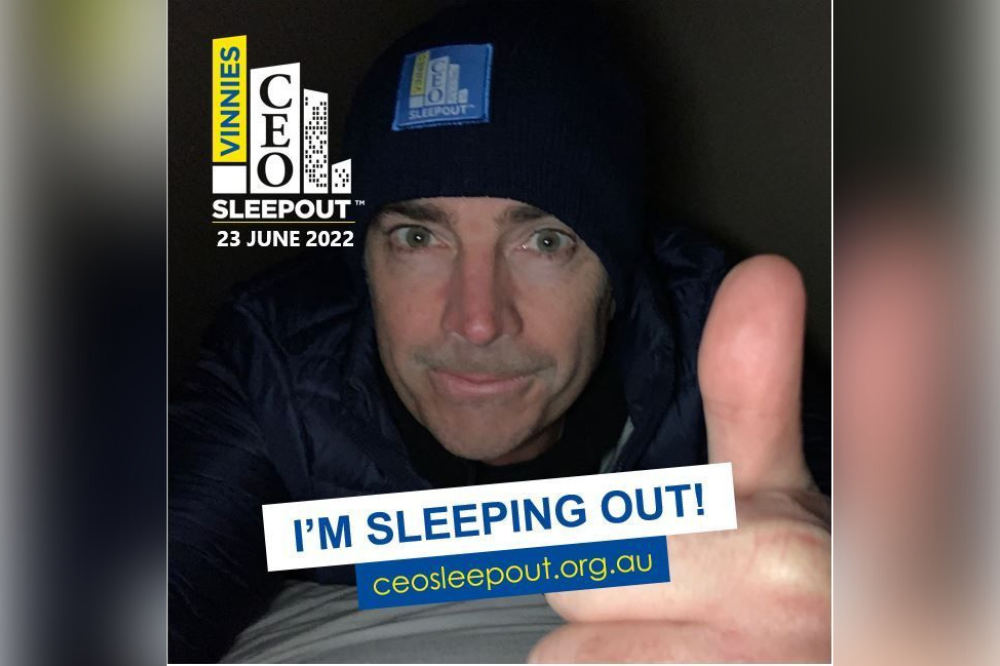 Hyman is currently placed 33rd on the CEO leader board.

“For myself, each sleepout brings a new sense of awareness of what I could be more grateful for and the hospitality provided by the good people at Vinnies shows just how vital their services are for those in our community who need it most,” he said. 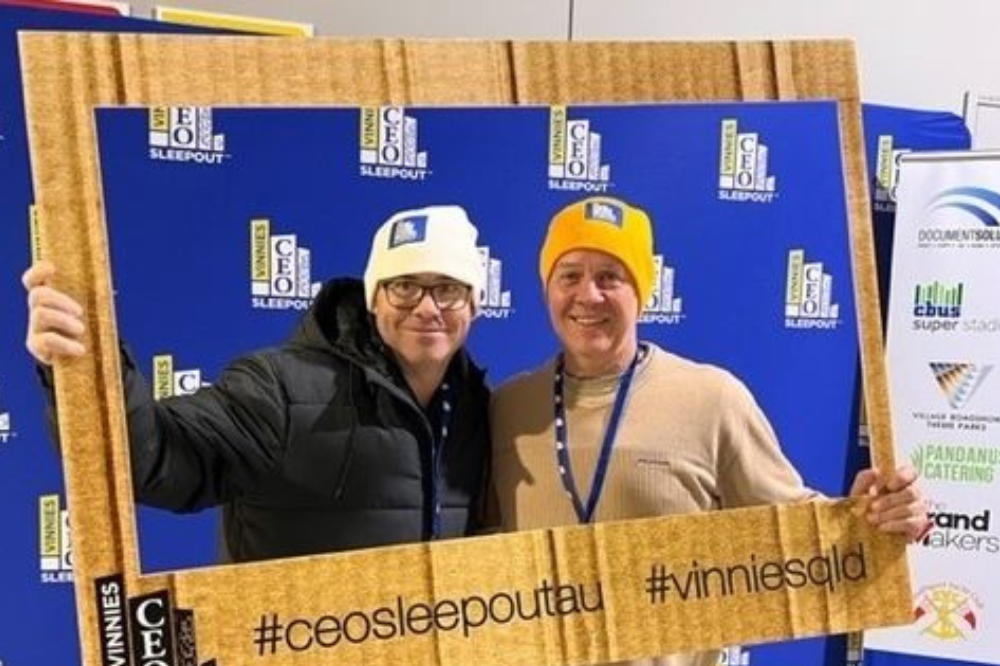 The CEO took to LinkedIn to thank his network for their donations.

“Huge thanks to all those who have supported us in our cause to support the homeless at the Vinnies CEO Sleepout,” Slater said.

“So far, the support has raised enough funds to provide 39 individual support programs plus 104 beds and 418 meals. Every little bit counts.”