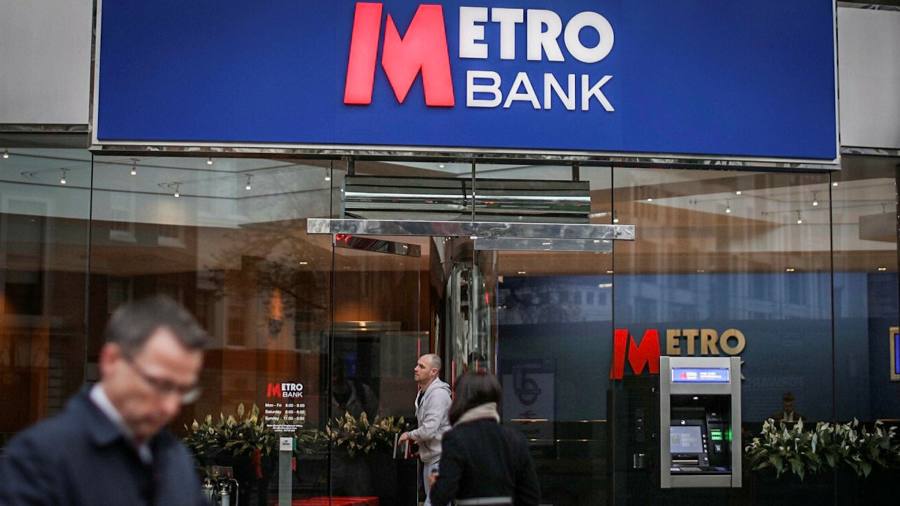 Metro Bank has agreed to buy peer-to-peer lender RateSetter in a £12m deal to boost the challenger bank’s turnround efforts by expanding into more profitable areas of consumer lending.

The bank, which opened its first branch 10 years ago last week, said on Monday it would pay £2.5m up front and a further £9.5m over the three years following completion, subject to undisclosed performance criteria.

Dan Frumkin, Metro Bank chief executive, said the purchase would help it reach “an important strategic ambition” as it looked to shift away from a focus on highly competitive mortgage loans into more profitable areas of business.

Metro is in the early stages of a four-year restructuring plan after a disastrous 2019 that started with the discovery of a major reporting error and ended with the departure of its chairman and chief executive.

The lossmaking bank said in February that it wanted to expand its unsecured lending business, and on Monday said RateSetter’s technology would “enable the bank to rapidly accelerate this ambition via an existing, scalable platform”.

It said the deal would have a positive impact on its net interest margin in the first full year after the acquisition. It is expected to knock about 0.3 percentage points from the company’s common equity tier one ratio, which stood at 15.6 per cent at the end of last year.

John Cronin, an analyst at Goodbody, said the capital impact was “manageable given its current excess capital position”. He said overall the deal was “a positive move from Metro’s perspective as we see the need for the business to develop further into higher-yielding lending segments”, but added that it was not “a panacea in the context of the wider challenges”.

The acquisition marks the end of one of the country’s largest and oldest peer-to-peer lenders as a standalone business. It was completed at an even lower price than some analysts had predicted, highlighting the disruptive impact the coronavirus has had on the sector.

RateSetter was one of the pioneers of peer to peer in the UK, lending more than £4bn on behalf of retail investors who received the income from the loans. Although Metro said it would keep the RateSetter brand and service existing loans on behalf of its peer-to-peer investors, all future loans would be funded from customer deposits and kept on its balance sheet.

Many peer-to-peer lenders ran into difficulty when the pandemic hit the UK earlier this year as nervous retail investors looked to withdraw their funds and demand for new loans dried up.

Rhydian Lewis, RateSetter co-founder and chief executive, will join Metro Bank’s executive committee on completion of the deal. He said: “RateSetter and Metro Bank share a focus on delivering something better for the customer and the strategic logic of pairing Metro Bank’s strong deposit base with our lending capability is compelling.”