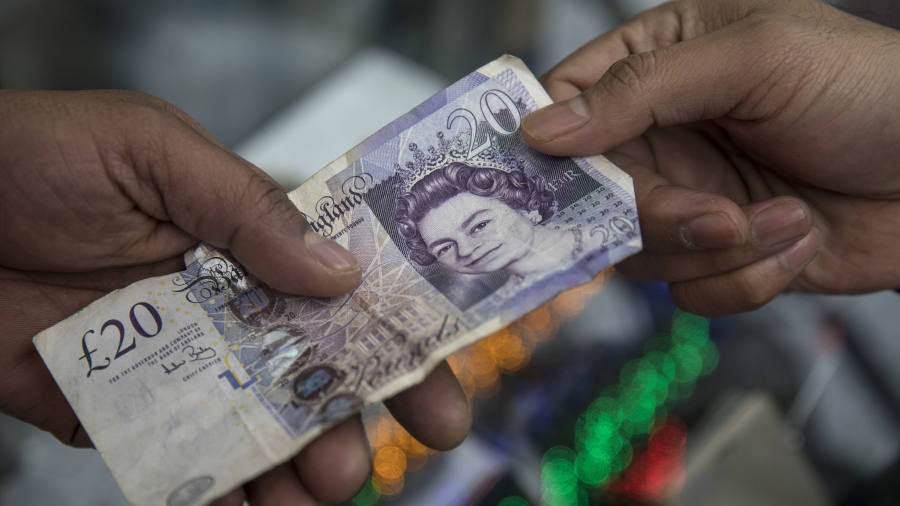 Has the fintech bubble burst for the peer-to-peer lenders? Not quite, but it has certainly deflated. High profile UK fintech Zopa on Tuesday completed a last-minute fundraising to salvage its efforts to fully launch its bank, raising £140m from US investor IAG Capital. That money came at a cost to existing investors, however, as results from listed fintech investment fund Augmentum Fintech show on Wednesday morning.

Augmentum has written down the value of its shares in Zopa by 47 per cent, cutting the valuation of its 6.2 per cent stake in the peer-to-peer lender from £22m at the end of March to just £11.7m six months later. Previously Zopa was Augmentum’s largest holding by some distance. Now its stake in Zopa is outweighed by investments in Interactive Investor and Tide.

There had been “significant investor interest” in Zopa, according to Augmentum, but Brexit killed that off. “Many” asked for the chance to do due diligence once there was “more economic and political stability in the UK”, whenever that might be. But the Prudential Regulation Authority held Zopa to a December deadline and refused a fundraising extension.

Augmentum says its view of Zopa’s prospects has not changed, despite the valuation cut from the latest investment round. But the attitudes of other potential investors in peer-to-peer lenders has changed. Augmentum acknowledges the Zopa capital raise was “challenging due to the nature of the investor pool the company was targeting”, with many burned by the experience of investing in listed rival Funding Circle (down around 80 per cent since last year’s IPO).

M&C Saatchi, the ad agency, issued a fresh profit warning on Wednesday and acknowledged accounting errors may stretch back five years. Full-year profits are now expected to fall up to 27 per cent, rather than the 10 per cent it warned of in September. The agency has been caught up in an accounting scandal since August, when it disclosed the discovery of accounting errors and employed PwC to conduct an independent review. On Wedneday morning M&C said it will have to make £11.6m of adjustments to its results, split between 2018 and 2019, as a result of the review.

Pre-tax profits at broker Numis slumped 61 per cent as revenues in investment banking and equities tumbled in the year to September. Total revenues fell 18 per cent year-on-year to £112m while pre-tax profits dropped to £12.4m. The industry has had a difficult year with a dearth of equity capital markets deals. Numis also said its equities business had been hit by “weak UK investor sentiment” and lower trading profits, though payments for research — an area that has come under pressure from Mifid II reforms — were stable. The company said revenue performance had improved since the start of its new financial year, however.

Gold miner Centamin has set out a more detailed rejection of Endeavour’s hostile bid. The bid is skewed in favour of Endeavour’s shareholders, Centamin argues, and does not justify changes to the investment case for Centamin’s shareholders. Endeavour has failed to demonstrate the logic of a tie-up outweighs the cash returns Centamin gives its shareholders, the company says. But the final line of argument in Centamin’s rejection — that it deserves a bigger premium — reads a lot like a plea for a higher offer. Centamin indeed says it wanted to engage, and that it was Endeavour, not Centamin, that declined to do so.

Wm Morrison is having a management reshuffle. Trevor Strain, chief financial officer since 2013, moves to become chief operating officer, while Michael Gleeson moves up to the finance director role.

Beyond the Square Mile

Larry Page and Sergey Brin, the Stanford students who founded Google as a research project 21 years ago, are stepping back from their day-to-day roles at technology holding company Alphabet. The shake-up brings the curtain down on one of the most successful management double-acts in history and will see Sundar Pichai, who took over management of the Google internet business four years ago, also take on the chief executive position at Alphabet.

Bridgewater’s co-chief executive Eileen Murray is exiting the giant hedge fund, leaving former Treasury official David McCormick in charge of the $160bn investment group founded by Ray Dalio after a longstanding, convoluted succession drama. Bridgewater is the best-performing hedge fund of all time, having returned $57.8bn in net gains since its inception, according to LCH Investments, the fund of hedge funds run by the Edmond de Rothschild group.

The cryptocurrency exchange set up by Cameron and Tyler Winklevoss has hired the co-founder of UK digital bank Starling to kick-start a European expansion. Gemini Trust Company, the US crypto trading and custody group founded by the twin brothers in 2014, has recruited Julian Sawyer in a bid to expand outside America. Gemini has made a string of high-profile hires over the past 18 months to expand its exchange and custody business, bringing in executives from the New York Stock Exchange and the International Securities Exchange (ISE).

Grief in the workplace What right did I have to be sobbing in front of my computer when a colleague died suddenly, reflects Katie Martin in the wake of the death of two participants in the University of Cambridge’s Learning Together programme. Grieving in the office can be hard to navigate.

FT/McKinsey Business Book of the Year Caroline Criado Perez has won the £30,000 prize for Invisible Women, her examination of how designers and developers have perpetuated bias towards men in the data they use.

Thanks for reading. Feel free to forward this email to friends and colleagues, who can sign-up here.