Overview of Some Popular Layer 1 Blockchains 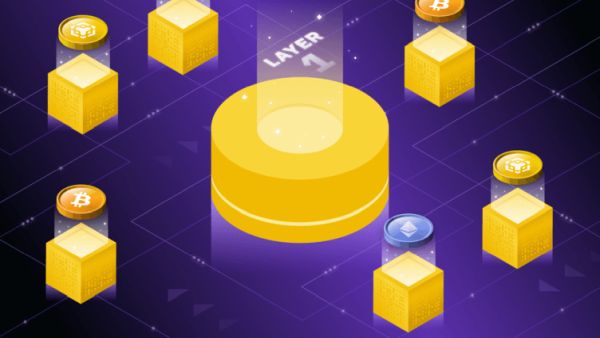 Bitcoin, Ethereum, Solana, Avalanche–these are some of the best known ‘Layer One’ blockchains that exist in the crypto space. But what makes these Layer One protocols (L1s) different from each other?

Bitcoin is an apocalypse-proof blockchain. It’s designed to be a project that just works perfectly as intended: a censor-proof, permissionless ledger, nothing more. What are the features that keep it anti-fragile in a world that tends to over complicate things?

Bitcoin’s beauty is, in large part, due to its antifragility. Those who desire for Bitcoin to become greater or different largely seem to miss the point.

Ethereum: The Best-Executing Blockchain (for now)

A healthy view on Ethereum is “the blockchain that’s managed to execute most successfully, so far.” While some see it as the ‘most decentralized’ blockchain, which is probably fair, it hasn’t always been that way thanks to events like the DAO hack. Now, Ethereum maxis would make fun of a similar event on another chain.

Despite a lot of Ethereum users recently becoming outspoken Ethereum ‘maximalists,’ Ethereum has really historically been a moderate blockchain. They’ve never been slow to ship, as the first smart contract platform to come on line, but they’ve simultaneously never damaged their blockchain beyond repair.

More proof of their expert in managing execution is:

Solana: The Blockchain that Questions Assumptions

Solana is an interesting blockchain to me because they’ve thrown some of Ethereum’s pragmatic assumptions out the window. They’re the only chain to use the ‘proof-of-history’ consensus mechanism, and their security approach comes down to ‘we just need one copy of the ledger to survive.’ Their scaling goals are much more related to user and developer adoption than to scaling the blockchain itself.

I think this mental model is exemplified with Solana’s recent announcement around their Web3 native phone. This phone has a trustless hardware component that allows users to isolate their wallet private key from the operating system, which Solana sees as a vulnerable attack vector. The fact that Ethereum is worried about bridge security while Solana works on user-level security is a clear example of how these blockchains differ in outright assumptions.

Cosmos is a project that makes it incredibly easy to set up a new blockchain. They create an open-source set of rules to operate these networks, but ultimately leave the governance of the blockchain up to its creators, leaving validation, voting, and architecture questions up in the air.

Another way to think about the Cosmos ecosystem is as a parallel ‘states rights’ blockchain to Polkadot’s ‘federalist’ architecture–Cosmos gives you the framework to start your own blockchain (Terra Luna, Osmosis, Juno, and Evmos all being examples of this), then lets the chains communicate with each other, while staying out of the way.

See:  Crypto Bridges are Integral to Blockchain Adoption but Vulnerable to Attack

This has some drawbacks, but it’s been an incredibly popular platform as it gives well-funded teams a way to simply and quickly roll out their own L1 networks. Lately it’s been touted as a solution for ‘app-chains,’ or applications that can be benefitted by having their own chains: dYdX will be launching shortly on Cosmos.

​Continue to the full article –> here