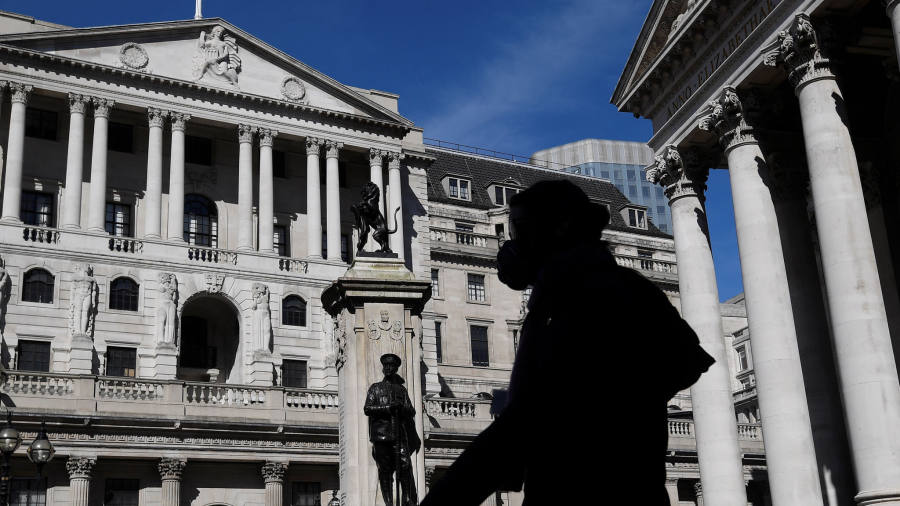 Two of the UK’s largest peer-to-peer platforms are “urgently” seeking access to government schemes and financing to help them keep lending, as the coronavirus pandemic increases the risk of loan defaults by individuals and small businesses.

RateSetter, one of the UK’s biggest P2P lenders with more than £800m on its loan book, has called on the Bank of England and the Treasury to allow it access to stimulus schemes that provide liquidity to banks.

“There are established schemes run by the BoE that pump liquidity into the system in the event of these situations,” said Rhydian Lewis, chief executive of RateSetter. “Now that P2P lending is fully regulated, this is a conversation we need to have.”

The P2P industry body, 36H Group, is due to discuss potential action on a conference call on Tuesday.

P2P platforms have not traditionally qualified for banking protections but Mr Lewis argued that now that the fledgling sector was fully regulated by the government, it should be supported by it. “There is no precedent, but these are unprecedented times,” he said. “We are being urgent because it is in times of crisis that people listen.”

P2P lenders match borrowers with individuals or companies who want to lend and earn interest. As coronavirus disruption continues to squeeze small businesses, platforms have reported a spike in demand for credit lines but their own concerns on liquidity have forced them to cut back on lending.

Assetz Capital, a platform that makes loans primarily against secured property, received funding from British Business Investments, a subsidiary of the national development lender British Business Bank, earlier this month that it said would enable it to make more than £100m in loans.

“We’re looking for that to be expanded dramatically,” said Stuart Law, chief executive of Assetz. “The government needs to step up and support not just the banks but the lenders.”

He said the platform, one of the UK’s largest, would continue to “work with borrowers, hold our breath a little while and hopefully get some support from the government funding lines”.

Some P2P funds have suspended trading in the past week, such as a fund run by Octopus, citing a high volume of investors trying to withdraw their cash.

The P2P industry has struggled with its reputation in the past few years with bad loans and liquidity issues toppling a number of high-profile platforms such as Lendy and FundingSecure, trapping millions in investor money. The Financial Conduct Authority introduced new regulations in December which require platforms to test potential investors on their understanding of the risks involved in the sector.

But Mr Lewis hopes it will be able to capitalise on the BoE’s desire to keep the financial sector running as smoothly as possible despite the extreme circumstances.

P2P lenders are keeping a close eye on the government’s proposals to support small businesses but say the first real signs of trouble will appear at the end of the month when payday arrives. “If our borrowers go, it’s because the country’s gone,” said Mr Law.

Video: Coronavirus: can we protect markets and companies?